Straight from New York, New York this contest comes to you The Ultimate Broadway Fan! Enter to win a trip to The Tony Awards in New York City. 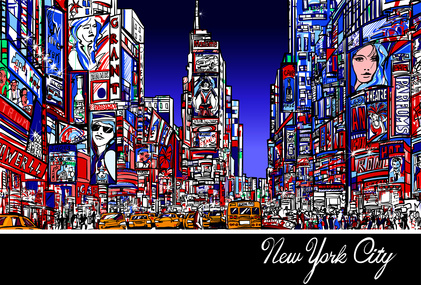 The sponsors of The Ultimate Broadway Fan Showdown will fly you and a friend to New York City to stay at the Crowne Plaza Times Square Manhattan. You'll be right in the middle of the Broadway scene of the Big Apple. You'll receive 2 tickets to see the Broadway Musical On The Town and you'll get to meet the cast after the show. You'll tour the city on a fabulous Big Bus tour and you'll get to choose from over 80 top New York City attractions to visit for free with your New York Passes.

For the contest winner of The Ultimate Broadway Showdown, the event will be topped off with a behind the scenes invitation to the Tony Awards Rehearsal on Sunday, June 7, 2015.

Ten runners’ up will receive two tickets each to see On The Town.

To see all of the contest rules and get the latest information please go to the link below: