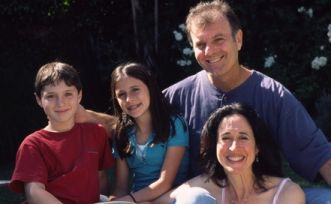 What are the best Off Broadway Theater Shows currently playing that both kids and adults can enjoy? This is a question being asked by many theater-goers these days. In an effort to answer this question, I have put together a list of shows that you may find suitable for both adults and kids. These shows, in my opinion, are the best Off Broadway Shows to see this season. Call the theaters directly if you have any questions about the show and its contents and of course if you've seen all of these...there's always Off Off Broadway

*If an event starts prior to standard box office opening time, the box office will open at 9:00am, and stay open until 1 hour after the event start time.

Familiar to all as the beloved Maria from Sesame Street, Sonia Manzano crafts a delightful tale about one family’s excursion from the Bronx to Enchanted State Park. Despite her parents warning not to do so, Iris sneaks her dog, El Exigente, into the family car already packed with cousins, aunts, uncles and “a few neighbors from the tri-state area.” But it only takes a little bit of trouble to bring the whole caravan to a screeching halt."

How many times a day do you have to remind your kids to keep the noise down? Well, at Percussion People you and your family can attend a show where noise is not only encouraged it is part of the show!

In addition, the group will play some not so standard percussion instruments - so beware! This interactive family concert includes an instrument building workshop prior to the concert where audience members not only enjoy the music but help to create it. The group of rebel-rousing musicians led by music director Michael Sgouros includes 11 year-old percussionist Emily Sgouros. Percussion People performs each month at the Players Theatre located at 115 MacDougal Street in the West Village.

All performances are Sundays at 11am. Instrument building workshop at 10:30am.

This Show is Currently Running...call for schedule 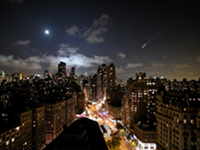 Taking The Kids To Live Theater From Off Broadway Theater to Family Friendly Broadway Shows Music Experience for Kids Off Broadway Theater to Homepage
[?]Subscribe To This Site
Copyright 2007-2021 musical-theater-kids.com -All Rights Reserved Privacy Policy Disclosure - Please Click Here Start Your Own Web Business Click On The "Solo Build It" Link Below