An Acting Agent Can Be Your Best Asset

...after reading this I worked on getting an acting agent. Thanks to your advice, I found a great one...She already sent me on my first audition... 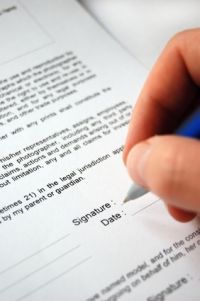 
Most of the legitimate acting agencies are franchised, which means that they have pledged to adhere to a certain set of rules set forth by the Screen Actors Guild(SAG). You will often find that they also align themselves with the Actor's Equity Association(AEA) as well as The American Federation of Radio and Television Artists (AFTRA). When you investigate the various talent agencies, prior to working with them, as you should, it is a good thing to know that they are affiliated with the unions.

Deciding to work with an agent is a very important step in an actor's career...
As you interview and audition with various agents, it is important that you understand the relationship. There should be good communication between you and your potential agent. Before you sign with any acting agent, be sure to ask questions and make sure that you fully understand what will be expected of you. Also, make sure that you are clear as to what you expect from your agent.


To give you a brief synopsis of what will happen once you sign with an agent...
you need to understand what it is that they do, and how exactly they get paid. Each day, talent agents, through their contacts and through professional agencies, get information about auditions.
This information can come directly from producers, directors, casting agents or it is sent electronically by an agency called a "breakdown service". It is the job of the agent to match the audition opportunity to the correct actor, whom they represent.
The right actor being the one(s)that the agent determines has the best chance of getting cast in the role. They will take into consideration, the actor's qualifications, experience and whether he/she fits the "type" being sought. The acting agent chooses from among the people he/she represents and may send one or several people to audition.
If one of the actors sent on the audition is cast, the talent agent will negotiate the contract for their client. By sending the right people to audition, getting actors work, and negotiating well, the agent makes their money.


Talent Agents are paid on commission.
The usual commission is 10%, however, it can go as high as 15%(but not usually higher). If you get a job through an acting agent(working on 10% commission) and you are paid, for example, $100.00 dollars, the agent will receive $10.00 dollars of that money and you will receive the other $90.00 dollars. This means that you will make the most money and in return you should expect to do the most work.


Only by being professional will you get ahead in the business.
You can not expect the agent to just make things happen without consistent effort on your part,too.
However, if you do what is expected of you...

You and your agent should have a long, profitable relationship.