Stage Props - So Important To The Success Of A Show! 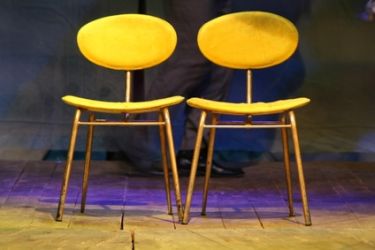 Look closely at the Stage Props the next time you attend theater. Though barely noticed by many... these are the items (sights and sounds), along with the costumes, that work to transform you into the world of the characters in a script.

Theatrical props set the atmosphere in which the characters exist. Just think of all the new worlds you enter when viewing your favorite plays. There is an interplay of actors, atmosphere and character which makes these other worlds come alive.

Scenic designer work with the director, prop master, stage crew and entire technical team to create a special setting for each play, be it a musical or drama.

Stage Props include any hand props used by the actors, the furniture, set decorations and accessories. The Prop Master is responsible for the assembly of all the props, and their placement. The job of the Prop Master is laden with responsibility, as a good or bad execution of the props can make or break a show.

How Do I Put Together Stage Props For A Show?

A few years ago, I worked on the "prop committee" of a high school musical. We were charged with gathering all of the "small props" ...such as small furniture, baskets, lamps, pictures, glasses, pizza pans, bowls, dishes, cutlery, fans, telephones, etc...anything and everything other than the scenery, costumes, and large furniture.

This was a very daunting task...to say the least but me and my other committee members muddled through and got it done. Here is what we did:


By conducting ourselves in an orderly way, things went smoothly for our committee.

My advice to anyone involved in working on props for a show is to set up an organized system, and follow it to the best of your ability. Be prepared to work hard. You will be rewarded by a well designed atmosphere in which the actors can work their magic.